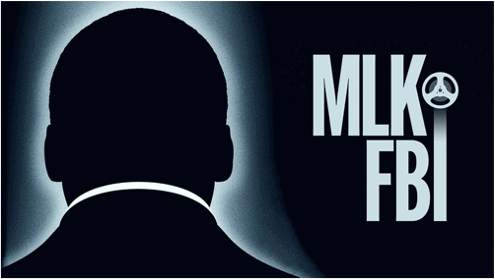 Working with MLK to get Black voices heard

George Floyd’s death sparked conversations all over the country about race and inequality – among friends, at home, in the workplace, and in government. Now, more than a year on from the tragedy and with the upcoming anniversary of Blackout Tuesday (June 2nd), a collective action of protest against racism and police brutality seen across many social platforms.

We thought we would take this opportunity to highlight one of our most recent campaigns with MLK (Martin Luther King) as we felt it was important, at this time, to promote the work that we do within Black, Asian, and Minority Ethnic communities to help communicate effectively to those who aren’t represented by mass media and allow their voices to be heard.

GottaBe! Ethnic set out to inform the public about the MLK/FBI film, a documentary that uncovers the incendiary and layered story of the FBI’s war against Martin Luther King Jr. The purpose, to ensure that we drove people to engage with the topic and watch the documentary when it was launched. Throughout the promotion, we saw great reach and were able to gain a lot of earned support due to the nature of the topic.

We worked with The Voice Newspaper, the only British National newspaper operating in the UK, and aimed at the British African-Caribbean community. We created a half-page advert for The Voice that appeared in their January 2021 edition. Of which, they published 48,000 copies along with almost 4,000 people who view the paper digitally.

With The Voice Newspaper, we also ran a very successful Facebook Live event that saw peak audiences of nearly 100 people and has subsequently been viewed by an audience of over 2,000 people. The live event saw four panellists from the Black community virtually discussing the launch of the MLK/FBI documentary and their thoughts on the topic.

Following on from the Live event The Voice also published an online article summing up the panel discussion from earlier in the week.

Throughout the campaign, we also carried out many outreach initiatives across over 250 Black and Afro-Caribbean targeted social groups to share campaign assets and the overall message of the campaign.

Our outreach promotion was so successful in garnering attention to the campaign that we gathered several earned organisational impressions from organisations such as Black Lives Matter, Stop Watch UK, Race on the Agenda, African Centre, Love Music Hate Racism. The success of the earner impressions is likely a result of the nature of the campaign and how close it is to the community. We are proud to have partnered with these organisations to increase the voice of Black communities.

We were also keen to include some mass outreach in our campaign to ensure that the MLK/FBI film was not only shared across the community but outside of it as well. Because of this, we arranged a Paid Social Partnership with the British Urban Film Festival in which they shared campaign assets across Twitter, Facebook, and LinkedIn. BUFF also reviewed the film in their online publication which only gave more visibility to this groundbreaking documentary.

Our overall mission at GottaBe! Ethnic is to help brands to target and engage ethnic audiences such as Black, Asian, and Minority Ethnic’s to ensure that advertising to these audiences is highly effective. We achieve this through over 13 years of industry experience, leading industry research, and a workforce that allows us insight into ethnic communities.

We work together with our customers to help educate them around the nuances behind different ethnicities and cultures and how best to speak to them the way they want to be spoken to. Ethnic audiences in the UK currently spend £300 billion and with the growth of movements such as Black Lives Matter (BLM) following on from the death of George Floyd we are seeing an increasing awareness for the need to represent and speak to ethnic audiences differently.

If you are interested in building a Multicultural Marketing Strategy today, please get in touch with a member of the team and we would be happy to help. We are sure we can deliver exceptional results as we have with MLK.

Let's see how we can work together